Anaerobic Digestion is a process that relies upon living organisms that are sensitive to the physical and chemical environment and will react to the composition of the feedstock. The organisms operate more or less efficiently depending on factors such as temperature and pH levels and will be killed or suppressed by toxins such as antibiotics and disinfectant.

Each process stage has its own optimum environment of temperature, acidity/alkalinity (pH) and process or retention time within the vessel:

In a conventional single-stage process digester, these processes are all present and will work to some degree within a common environment. Anaerobic digesters have two main operating temperature ranges: Mesophilic (32°C - 45°C) and Thermophilic (50°C - 60°C).

In the patented process with its multiple stages, each biological step can work within its own preferred environment to a much higher efficiency. The retention time is 15 to 20 days whilst the volume, compared to single stage, is reduced to about one third.

The first of these stages is that of hydrolysis, whereby carbohydrates, fats and proteins are broken down into smaller molecules by enzymes, rendering them far more susceptible to the bacterial digestion process to come. The resultant compounds are then collectively gathered and the second stage of the process — acidification — begins, where they are fermented into organic acids and alcohols, such as hydrogen, carbon dioxide, ammonia and hydrogen sulphide. These organic acids and alcohols are broken down further by acetic acid forming bacteria and are finally used for the production of biogas through bacterial methanogenesis.

Each of the process stages have different requirements, such as pH, temperature and residence time. The process can be easily regulated and controllable. The first two stages render the feedstock ideal for the methanogenic bacteria in the third stage.

Comparison of the different requirements of hydrolysing bacteria and methanogenic bacteria:

Hydrolysing bacteria are very robust. They are the ”bouncers” on the front door of the system, taking on a variety of feedstock and can endure operational mistakes. The higher temperatures also deal with pathogens, weed seeds and parasites. There is a high tolerance to changes in C:N ratio. 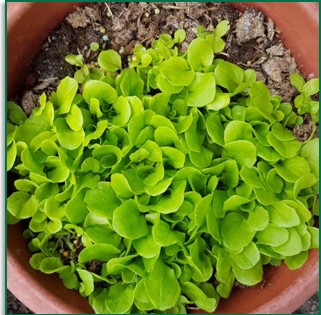 Methanogenic bacteria are like the ”chefs”, who work best with finer ingredients, in a controlled and stable environment.

”Cellulose is the main component of plant cell walls (with a composition of 50%). Ruminants can digest cellulose and other polysaccharide, which are different to the gastric compounds....., as the compounds can here be digested by stomach micro-organisms......

It can be broken down by strong acids, even being reduced to glucose by means of highly concentrated acid and increased temperature levels.” Source: Wikipedia

The gases, mainly carbon dioxide, produced in the first two stages can be drawn into the air inlet CHP generator, using any hydrogen emitted and controlling any odours.

Most of the inorganic deposits, ranging from glass, metal, stones, grit and sand; together with the substances formed within can easily and safely be removed for the first two stages, preventing the problems that afflicts conventional single-stage digesters.

The advantages of the Bioplex Process:

Most materials treated by a digester contain grits, sand, gravel and other heavy particles, which have caused many expensive digester failures in the UK since 1980.

Grit and other inorganic heavy materials are either brought in with the feedstock or are formed within the digester vessels. With our patented process (with the retention time of 2 - 3 days in the first stage) the heavy particles separate and precipitate to the bottom of the vessel and are removed periodically.

The removal of the heavy residues from the first stage is very easy, because the tank can be emptied every two to three days and be open for ventilation. No interruption of the digestion process is required!

Livestock farms can have problems with emmisions of excess ammonia. The Bioplex Process reduces ammonia at each step of the process, in some cases the covering of slurry and digestate tanks and lagoons may not be needed.

In the first three process steps of the biogas production — Hydrolysis, Acidification and Acetogenesis — low pH values prevail. This has the biological acids which dissolve the molecular structures of celluloses and other such materials found in grass, straw and similar high fibre feedstocks. These are used by bacteria in the later process to produce biogas.

Unlike the traditional one-stage biogas plants whose performance is variable, the Bioplex Process can control the biogas production down to a 30-minute period. This unique feature, developed for the use of relatively expensive energy crops, can optimise energy production whilst preventing the waste of feedstock and biogas.

Horse stable and farm yard manure (FYM) was one of the first input materials to be used in the Bioplex biogas plants. Solid manure is rarely used in conventional digesters as it causes problems regarding mixing, grit/sand/stones accumulation and solid layers.

The use of high-solids materials can lead to little or no excess liquid to deal with - a major advantage.

The process can deal with solid feedstock only, it is not dependent on farm animal slurry.

The dewatering process can produce a slow-release, fertiliser-rich fibre called Fermen8®. Tests show it resembles peat and with grading can be used for seedlings through to fully grown plants. The embedded nutrients can give the plants several years of slow-release fertiliser.

The type of feedstock can be changed almost on a daily basis, as the first stages have a robust biology.

Copyright © 2004-2021 Bioplex Ltd. All Rights reserved.
Bioplex, Portagester and Fermen8 are registered trademarks in the UK.